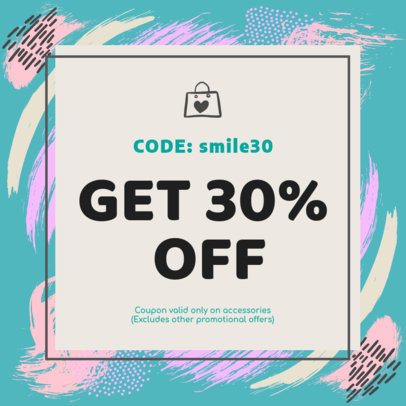 We’re always on the hunt for the best free range produce to put on our shelves and on your plate. In recent times we set our sights on finding animal fat that would suit the Cannings selection criteria and we’ve found it!

We’re always after the best free range produces to put on our shelves and on your plates. In recent times we set our sights on finding animal fat that would suit the Cannings selection criteria and, after a few dead-ends, we’ve stumbled upon the perfect addition to the Cannings family tree; Tassie Tallow. They were right under our noses!

A small, family-owned company based in Tasmania, Tassie Tallow started in a humble home kitchen, and now it’s in all 6 of our stores.

Martin started out 6 years ago, having just been exposed to the “Paleo Diet”, with the idea of making soap out of pure animal fat rather than from plant/vegetable oils, especially Palm Oil. So what possessed him? Inspired by the philosophy of “nose-to-tail eating” – which champions using the whole of an animal for food or otherwise – he wanted to do something with the materials he saw going to ‘waste’ from the meat he was eating. Making soap was a natural extension of a conservation mindset. It’s a sustainable endeavour that uses a local, latent by-product like animal fat to make this household staple – instead of purchasing industrially produced soap made with exotic oils and shipped halfway around the globe. DIY soap uses fewer resources and, as an added bonus, you know exactly what’s in there because you mixed the ingredients!

The first obstacle Martin encountered in his soap-making experiments was that there was no grass fed, non-hydrogenated fats on the market. During his research, he met an old master butcher that still had his fat rendering equipment from the 1950’s. Rendering is an age-old process of heat-treating fats to separate the solids from the oils, remove impurities and extend shelf-life. Cooking the first batch was absolutely amazing. With such a wholesome natural aroma, Martin started cooking with the fat immediately. His rendering vats hold around 100lt of fat so even by making a lot of soap, he was left with an excess of pure fat. Martin started giving his rendered fats away to friends who were also starting on the Paleo journey and before long, he saw there was a big demand and that’s where the journey toward making and distributing free range fats began. Tassie Tallow’s duck fat is the only one that they bake first and then collect – a method used to accentuate the rich golden flavour. For the rest, they are pot-rendered – clarifying the animal fat into pure buttery substances, emulating a 50’s preserving tradition.

The step-by-step process usually consists of finely chopping the edible fat (generally fat trimmings from popular meat cuts – remember, nothing goes to waste!) heating, and then putting it through two or more stages of ‘centrifugal separation’. This separates the liquid oil and water from the solids. The separated solids are used to make lard, tallow and ghee. The separated oils may also be used in food products, or if in surplus, may be diverted to soap making operations.

Tassie Tallow only gets their fats from free range or paddock bred animals that are raised ethically, and being based in Tasmania, without GMO’s which are outlawed in the state. There are also no added hormones or antibiotics. This is a strict selection process that we can get behind – and if it means that sometimes the supply isn’t guaranteed – we prefer a product that doesn’t compromise on integrity to fill orders.

At this stage, you’re probably wondering if these fats are good for you. Let us explain what we’ve learned. Firstly, we are not doctors, (more like aspiring nutrition aficionados) – but recently we’ve become obsessed with the difference between saturated and unsaturated fats. Allow us to ‘clarify’.

It’s widely accepted that unsaturated fat is good for you and you can find it veggies, avocado, salmon, olive oil and almost every nut. Unsaturated fat is credited with being a keystone ingredient in the Mediterranean diet. This is the kind of fat that is very good for you as it as it brings Omega-3 into your body which is something that we need because it helps cell membranes regulate the nutrients and waste passing through your cells. Importantly, the body can’t make it, so we need to consume it, in all the delicious foods listed above.

Most of the time we label saturated fat as the ‘bad fat’, but without it, we couldn’t function properly as every cell membrane in our body is loaded with it and needs it to function. As we know, a protein that carries cholesterol in the blood, low-density lipoprotein (LDL), has been associated with an elevated risk of heart disease, however, new data shows that there are subtypes of LDL:

A fact that is often ignored in the campaign against saturated fats, is that they also affect HDL cholesterol. HDL (high-density lipoprotein) is also known as the “good” cholesterol. It transports cholesterol away from the arteries and towards the liver, where it may be either excreted or reused.

Unsaturated, and to a certain extent, saturated fats are both presents in animal fat – and as we’re learning – in the right quantities these forms of fat are good for you, or even essential. Trans fats should be avoided but the unsaturated fats and saturated fats in moderation are nutritionally beneficial. So next time you’re going to fry or bake something – use a teaspoon of beef tallow or free range pork lard instead of refined vegetable oil.